Call for papers – Monarchy and Empire

This conference aims to discuss the numerous political and symbolical constructions associated with monarchy and empire. Monarchs have often claimed they ruled over empires, either domestic or overseas, or both. But what does the concept of empire really entail or encompass? What does it take for a queen or king to become or be called an emperor or empress?

Early empires are associated with the idea of expansion and control of dominions and provinces, achieved by military conquest or by the union of crowns, in the Western world. How has this interpretation evolved over times? How important is the concept of imperium in medieval and modern kings and queens’ interpretation of their sovereignty over their empire? How do kings and queens justify the “imperial” expansion over some heterogenous provinces and populations? How does a monarch manage to extend his/her rule over these heterogenous provinces, justifying the idea of empire and a change in title and role? When did the concept of empire or the idea of possessing an empire really begin to matter in monarchs’ conception of their own rule? Can dynastic rule hold in conquered lands, and if so, for how long?

It will be interesting to examine these questions and the various political contexts which led monarchs to become emperors or to call themselves emperors, as well as to discuss the variations on that inflated status of “emperor” versus king/queen, over our respective periods and societies. Was/is the title of emperor more appealing and attractive for ‘regular’ kings and queens, in their own self-perception and in the self-inflation of their power? What have political treatises said over centuries on the status of emperorship?

We could first examine European empires by observing the different manners of ruling over foreign provinces, beyond the monarch’s inherited kingdom, by those who called themselves or behaved as emperors and empresses. Is there an imperial manner of ruling over vast dominions through military control (imperator), or through political and economic feudalism for instance (the Plantagenet Empire), or by imposing moral and religious ascendancy (cf the Monarchs’ Ecclesiastical authority) and as ruler of the domestic religious pluralism, such as dealing with imperial oecumenicity…

We could also analyze imperial expansion overseas, to observe how European sovereignties are extended over distant and conquered dominions, and how European monarchs are said to hover symbolically on conquered territories, where native sovereignties pre-existed the time of conquest. What do political treatises say about this expansion of the domestic rule of the monarch, over territories which will bring him/her the new title of emperor/empress without ever setting foot in the dominion. How is royal power thus embodied or incarnated to impress foreign populations now conquered and assimilated politically to the European kingdom? Which representations are then produced (via invented or reinterpreted symbols) by the metropolitan monarch to project his/her monarchic imagery and royal symbols, in order impose his/her imperiality from a distance? Or on the contrary does the emperor/empress benefit from the confrontation or the enrichment of contact with other native sovereignties, in the conquered dominions? Does this confrontation lead to some cultural or political hybridation in his/her rule or in his/her life at court ?

This conference wishes to bring together scholars working in history, geography, literature and the arts, to cross-examine and discuss the numerous and often nebulous connections between monarchs and their empires. Topics include but are not limited to:

Individual proposals (250 words with a title) or panel submission (500 words with title) along with a short bio/bios, should be addressed to the committee before December 1, 2021. 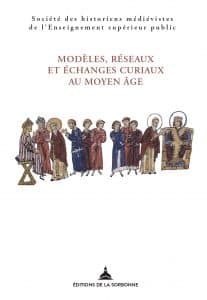 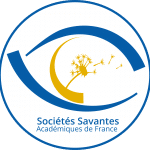